“Subject and Creation” in Montreal, QC

A new edition of “Subject and Creation” was held in Montreal, Québec at Théâtre Espace Libre from January 22 to January 25, 2019, supported by Diversité artistique Montréal‘s Auditions de la diversité.

Facilitated by Artistic Director Soheil Parsa, twelve actors from nine different ethnocultural backgrounds met to explore “how their cultural and personal differences could inspire a creative process”. The participants brought in examples from their own cultural landscapes, including Chinese opera, Flamenco dance, Brazilian dance, and Balkan songs. These cultural signifiers (gestures, songs, etc.) were combined with text from Shakespeare’s “Tomorrow” speech in Macbeth (Act IV, Sc.2). The signs were deconstructed through a psychophysical process of repetitive gestures, juxtaposed text, and additional improvised movement/sound. The experiments did not have an end-product in mind, but rather sought to find what was “compelling” on stage, a moment of “connection”.  Participants were also asked to organise short scenes with the group that allowed them to practice how to explore their own creative and cultural inspirations with those of the other participants.

“ There is something about the way theatre can incorporate many other forms into it which is a reflection of the process by which our broader societies have incorporated other societies within them over time, leading to what we now refer to as ‘diversity’.” (Workshop Participant) 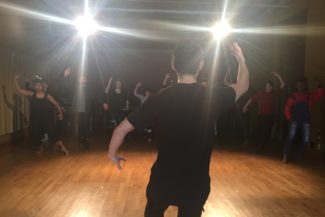 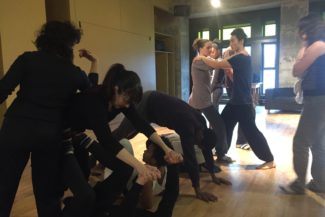 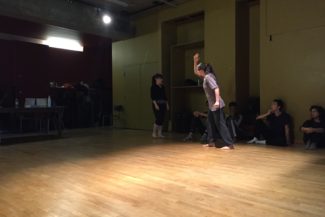 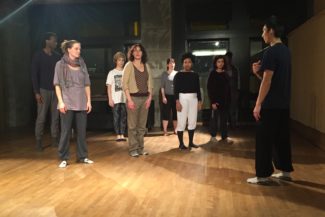 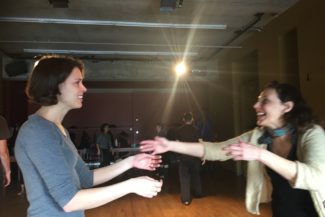